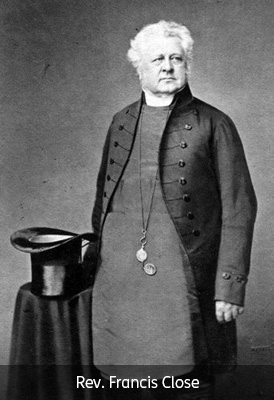 The mid-19th Century is often, quite unfairly, criticised for its lack of social awareness. In fact, the opposite is true and Cheltenham College was the first of the great public schools of the Victorian era. Two Cheltenham residents, G. S. Harcourt and J. S. Iredell founded Cheltenham College in July 1841 to educate the sons of gentlemen. It originally opened in three houses along Bays Hill Terrace in the centre of the town.

It was an overtly Christian institution and has remained so ever since, having been founded on a tide of spiritual charisma involving, among others, the first two Vice-Presidents, Rev. Francis Close and Rev. J. Browne, both of whom played key roles in the founding of YMCA Cheltenham 15 years later. All subsequent College Principals took an active role within the association with the famed “muscular Christianity” finding much favour in both camps. Their joint sense of Christian mission was identical in most respects and they, therefore, worked closely together.