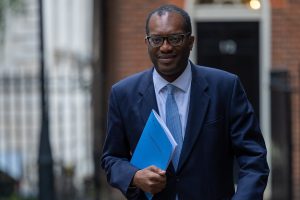 “YMCA welcomes the confirmation around the energy guarantee for businesses and charities announced today which will go a long way in the short term to support many charities like ours.

“However, we do urge the Government to outline as quickly the detail around longer-term support for charities so that the sector can effectively budget and plan for the next financial year.

“We are concerned to hear of the planned changes to Universal Credit and threat to benefits that risk plunging people further into poverty.

“Previous research by YMCA has shown that benefit sanctions are disproportionately applied and affect young people, and the use of such a blunt measure, often applied arbitrarily, is in many cases simply not the answer.

“In order to effectively encourage people into work, we need to remove barriers, not create new ones.

“To suggest that young people are unable to secure jobs because they don’t meet with their coaches, or apply for enough jobs is simply untrue.

“A life for young people on benefits isn’t a good one – it means constant uncertainty, reliance on food banks, running out of money and struggling with mental health.

“If Government really aspires to help those most in need to secure the employment they are so desperate for, they need to help young people earn more to establish the confidence and independence needed to successfully move on.

“We ask Government to reflect upon its approach to encouraging people into the workforce at such a critical time. Benefits need to reflect the true cost of living, taper rates needs to be reviewed, and moving on must be better supported.”