YMCA Cheltenham vs Man vs Fat

On Sunday 1st of May at 2 pm at Oxstalls Sports Centre Gloucester, the two teams kicked off a friendly match. The game started with Man vs Fat defence stopping many swift attacks up the wings by the younger on average YMCA Cheltenham team; consisting of YMCA residents, staff and church leaders turning out for the day for some fun and exercise. Great skill was shown with Chris, Marko, Joe and Darren creating many opportunities with their runs, 3 culminating in the ball hitting the mark. Man vs Fat also scored in the 1st half chipping the ball over the YMCA Cheltenham keeper, who was kept busy achieving some impressive saves, diving the distance needed to keep the goal mouth safe. There were many times when either of the team’s players could have gone down to get a penalty or free-kick, but none of these opportunities were taken; they are made of stronger stuff.

After a quick break, the players reconvened for the second half. This really was a game of two halves, with the older Man vs Fat having trouble keeping up with the younger members of the YMCA Cheltenham team. However, Man vs Fat showed great skill on the ball, often thwarting YMCA Cheltenham’s attempts on goal. Alas, this was not quite enough as the second half wore on more goals were let in, and they felt the pressure of the opposition’s increased possession keeping the ball in Man Vs Fat’s half. 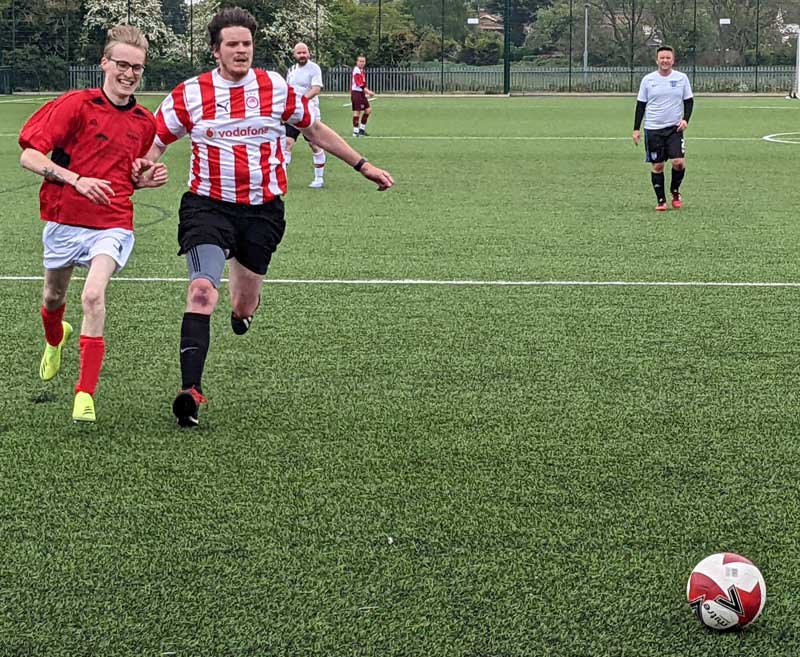 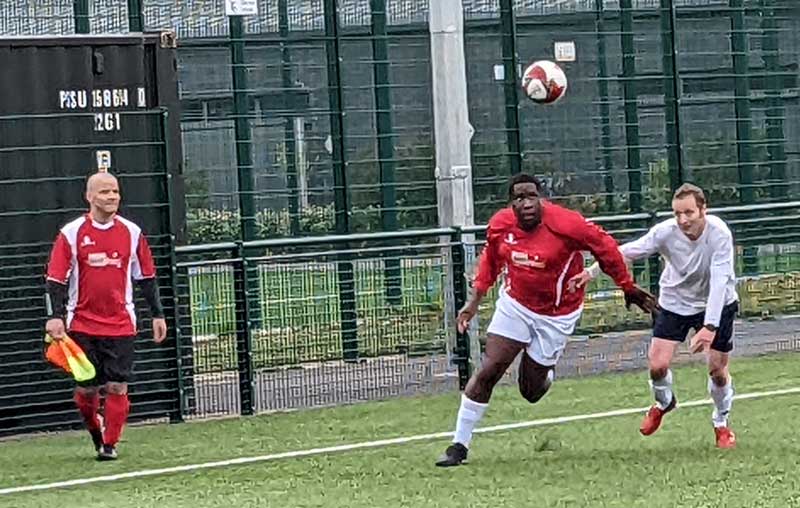 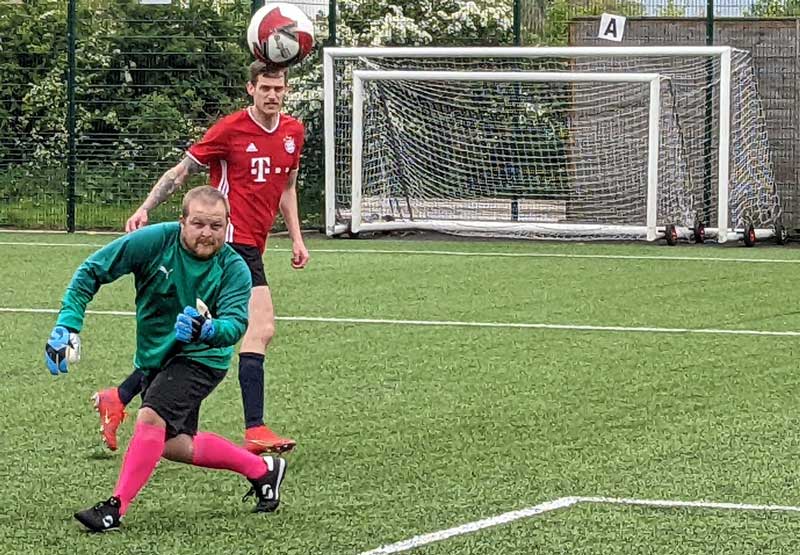 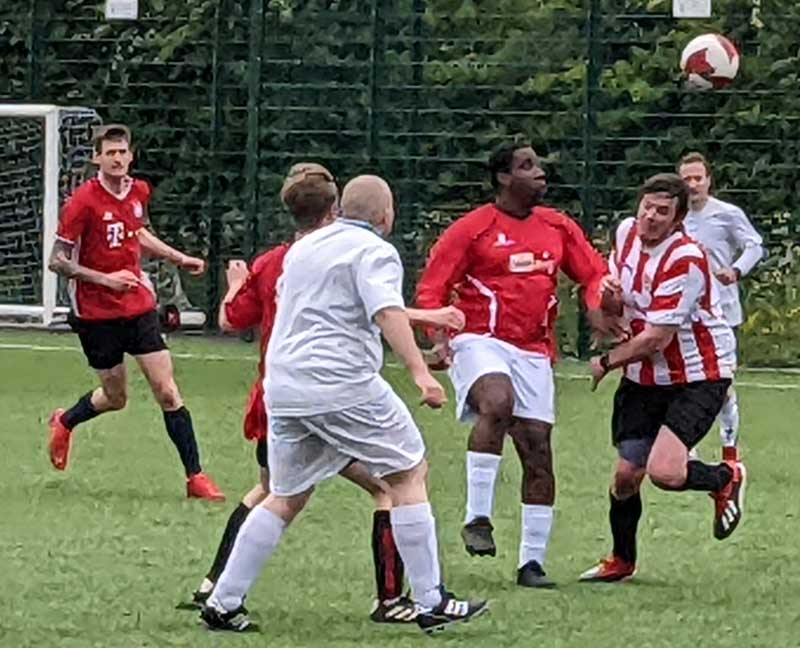 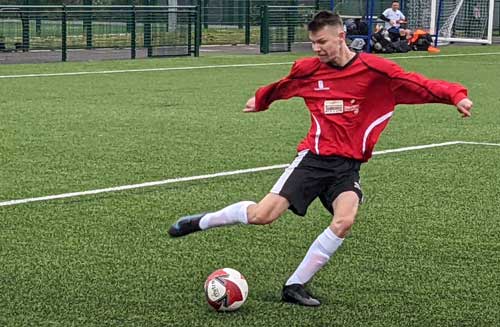 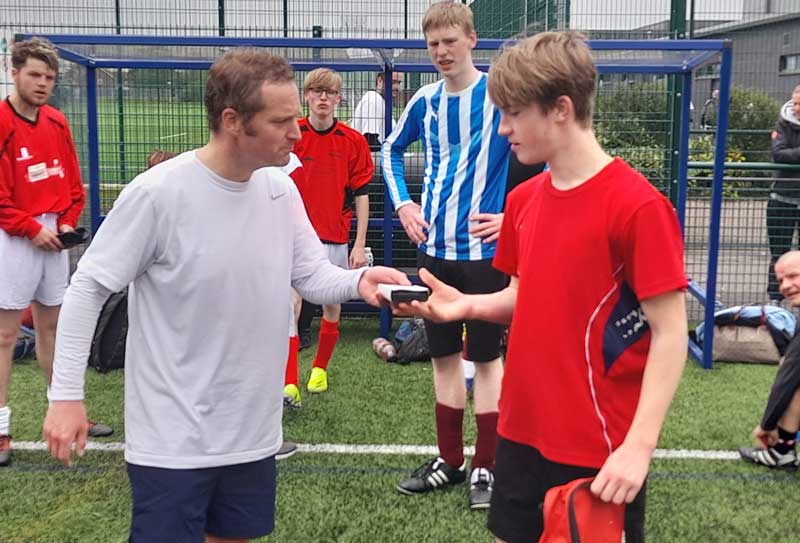